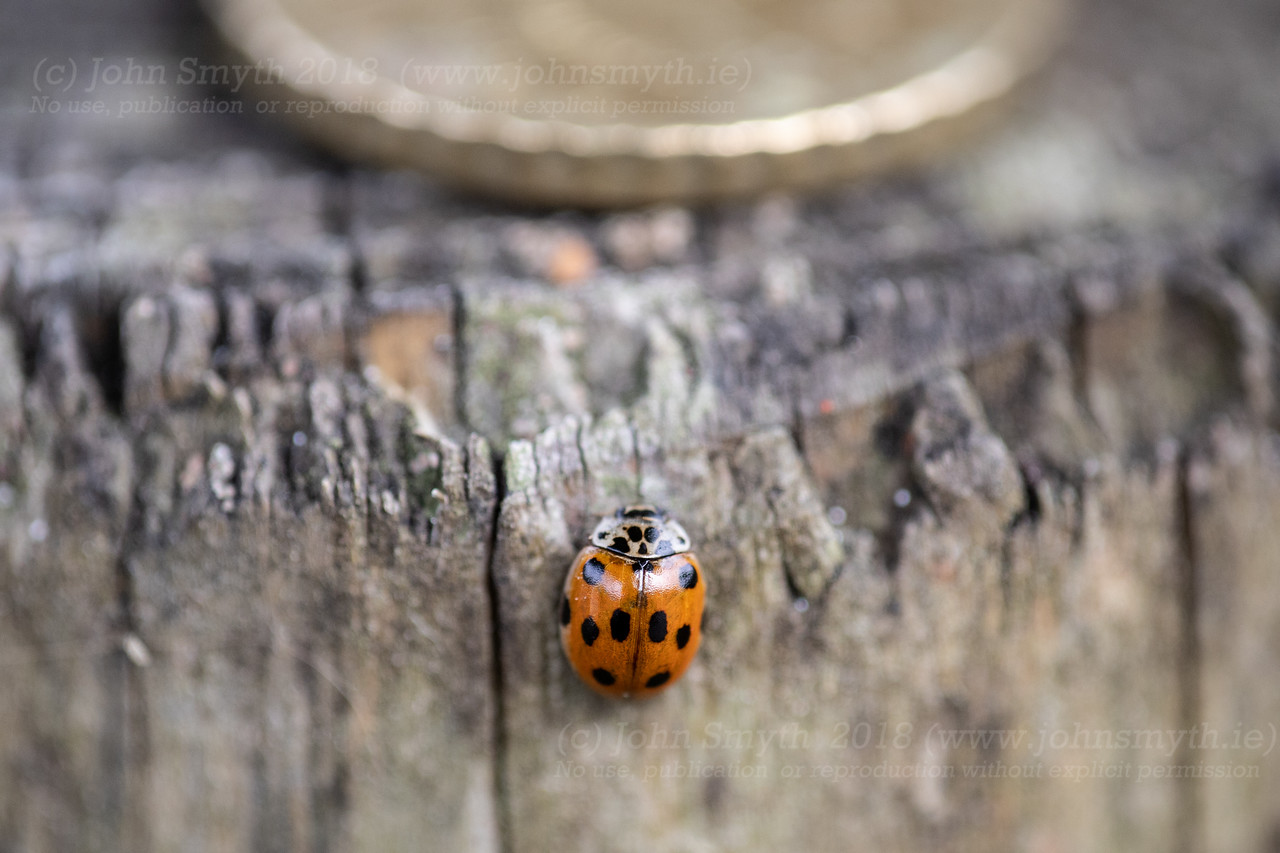 I’ve been trying to log as many records in the National Biodiversity database as possible this year (and you should all do the same). I’m currently trying to log everything that I’ve recorded around my house, so without further ado, here are the Gorgeous Ladybirds of Westside (well, Newcastle really).

I’ve had four different types of ladybird visit this year so far. The one above was almost too small for me to make out by looking at it (there’s a ten cent coin at the top of the picture to give an idea of scale). It is a 10-spot ladybird (Adalia decempunctata) – sightings appear to be evenly distributed across Ireland.

A two-spot ladybird (Adalia bipunctata) perched on a purple toadflax flower (not many recorded sightings in the west of Ireland).

A seven-spot ladybird (Coccinella septempunctata). It has many recorded sightings across Ireland.

A fourteen-spot ladybird (Propylea quatuordecimpunctata) hiding under a nettle leaf (not many sightings in Galway or Mayo).

In all, nineteen different ladybird species have been recorded in Ireland (listed here), though I think I’ve only seen about half a dozen types.

All of the pictures were taken using a Canon RP camera with a Sigma 180mm telephoto macro lens attached. I love the Sigma, despite its slooooow rate of autofocus. I bought it twelve years ago, and it is ideal for photographing insects (you don’t have to get too close to get a good image). Sigma have released a newer version since with stabilization – handy for a heavy lens.