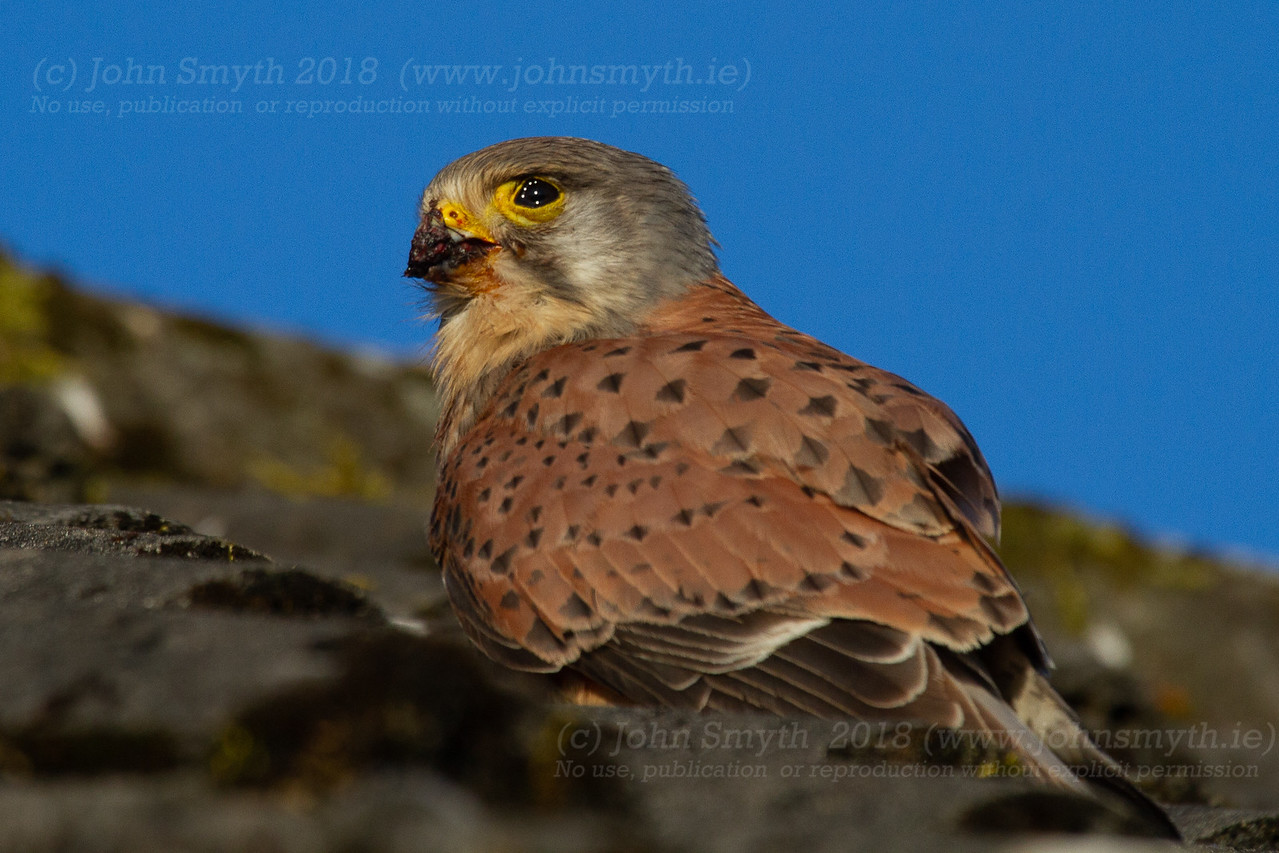 During the very warm spell in late June, I spent some vacation time in Co. Westmeath with my family. Early one morning, just after 6am, I took a stroll around the back yard. The sun was shining and it was already warm – another beautiful morning. From the corner of my eye, something flew past me and landed hard on a nearby greenhouse, before sliding down behind some potted plants that were stacked beside the greenhouse. I slowly walked a little closer, and could see a bird peering back at me from behind the plants (below).

I quietly walked back into the house to grab a camera and when I approached the pots again, the bird burst out from behind the posts and flew off.I hadn’t reacted very quickly, and had got just two [not very interesting] shots of the bird as it flew away. Cursing my inability to get a better shot, I was about to stroll out onto the nearby road when I heard the sound of lots of agitated birds. I figured that the bird was still nearby, so I walked up to where the swallows were swooping when – DAMN IT – the bird flew past me AGAIN without my getting a single shot. I could see it was a bird of prey but I wasn’t sure what it was. The sound of a nearby blackbird screeching told me that the bird was still close by – in fact, it had landed on a neighbours roof.  Alas, though I was able to get close to it, the sight was not a happy one. It was a kestrel that had clearly been injured – perhaps in a collision. There was blood around the beak, and from the multiple catchlights in the eye, it was probably blind in that eye (most of the time while I watched it, it kept that eye closed).  With only one eye functioning properly, it explained why it had landed badly on the greenhouse.

The kestrel didn’t have long left – it could no longer hunt or eat and  it may well have been weakened by the injuries. It would not rest in peace, however – for the entire time it sat in the roof, it was continually harassed by swallows, blackbirds and crows. In the bird world, no-one loves the hunter.