It’s more than a century since W B Yeats wrote his famous poem about the wild swans returning to Coole Park in autumn. The big house near Gort in Co. Galway has long disappeared but the lake still provides a safe refuge for returning whooper swans from Iceland every year. This morning was a beautiful, crisp autumn morning, and the air was filled with the honking of whooper swans, feeding in the lake. There was probably between ten and twenty whoopers along with a much larger number of [local] mute swans.

Whoopers be whoopin’ – they make a great sound 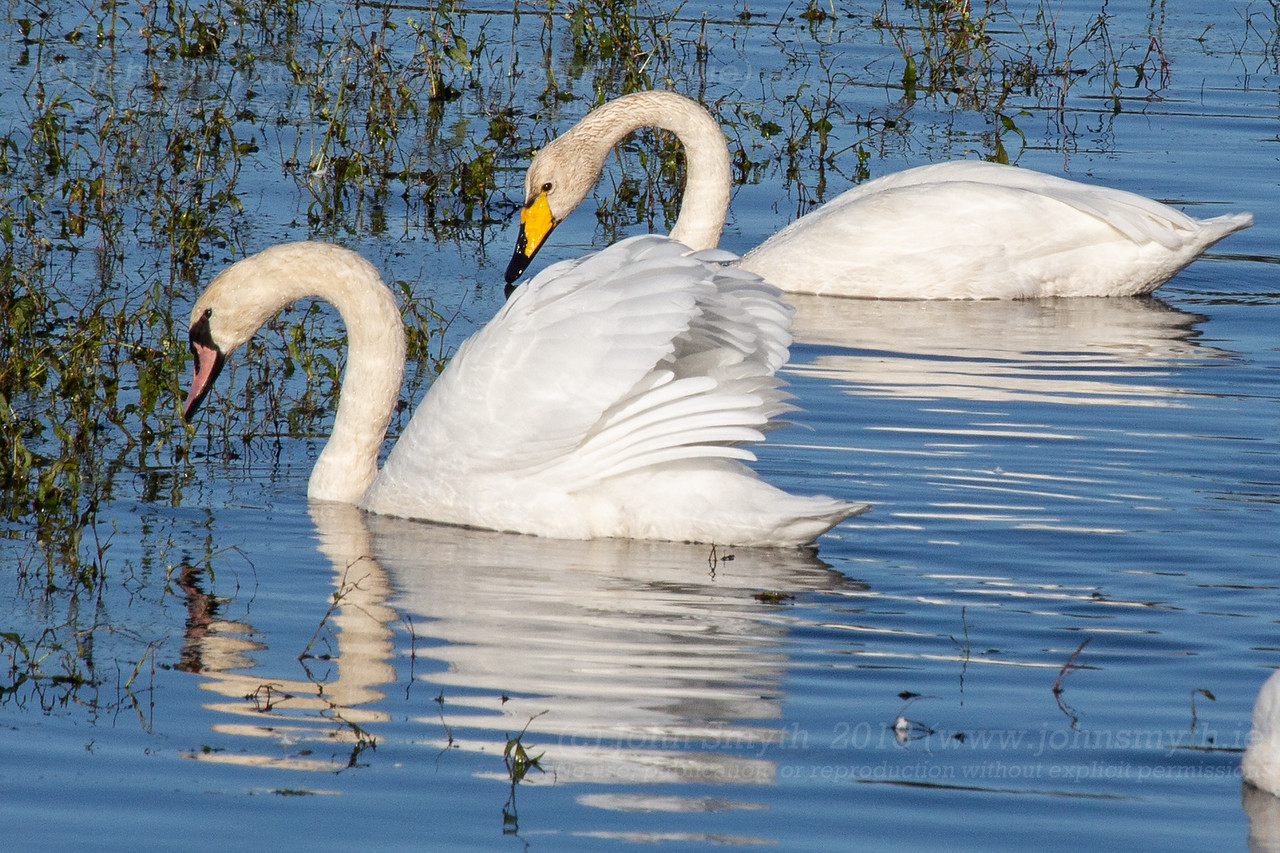 The most obvious difference between the mute and whooper swans is in the shape and colour of the beaks – the mute swan is on the left in the picture above.

The swans weren’t the least bit concerned by my presence at the water’s edge, and didn’t show much signs of disturbance even when a dog appeared.