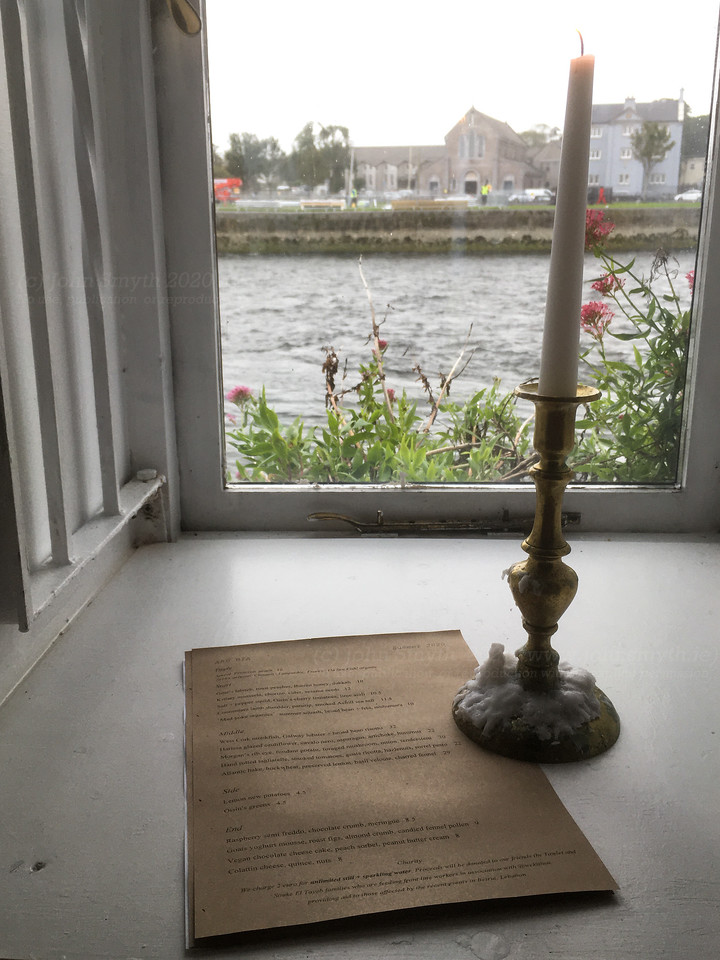 The preparations have started already. I spotted a  Guinness truck manoeuvering around the narrow streets of Galway this morning, as pubs began restocking in advance of reopening next week, when the current level-5 Covid-19 restrictions are due to expire. Unfortunately, the preparation is more in hope than anything else. Pubs can’t leave it until the deadline because there is a delay between ordering and delivery, hencing the restocking. Unfortunately, the government haven’t given any official indication yet – but judging by the infection levels announced every day, it is unlikely that pubs will reopen (unless they double as restaurants). St. Joseph’s Church on Mill Street was also getting a bit of a spruce-up today – there’s probably a better chance of it opening this week. The photo above was the view from my table in Ard Bia restaurant when I was there in late August. It’s probably my favourite restaurant in Galway and I hope that I get a chance to visit it again before Xmas.