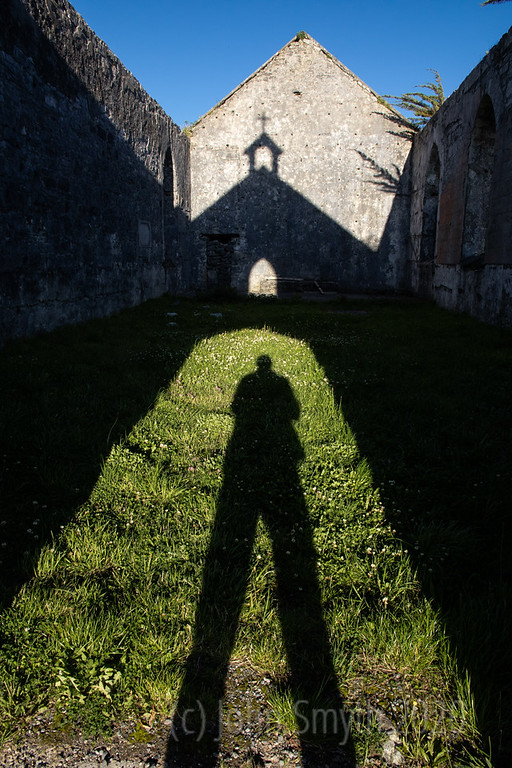 The evening sun cast a long shadow back in the doorway of the old church in Killannin back in early August.An even longer shadow was cast over the church and the community at the end of the nineteenth century, when the local curate refused a direction to transfer to another church. The priest, Fr. Coyne, was aprominent member of the Land league, and locally popular, and he refused to make way for his replacement. The affair went all the way to the Vatican, and ended in recriminations and bitterness, as his replacement called upon the police to help him take back control of the church. On a warm summer evening, with the sound of a local GAA team training nearby, it’s hard to imagine the fuss that was caused in the community. A full account can be found on the Oughterard Heritage website – entitled the Killannin Schism.